Some Sculptures in Wat Phra Kaew

Wat Phra Kaew is Thai words or mean “Temple of the Emerald Buddha” the full official name is “Wat Phra Sri Rattana Satsadaram” which regarded as the most sacred Buddhist temple in Thailand. The main building is the central Ubosoth, which houses the statue of Emerald Buddha. The legendary history of this Buddha image is traced to India, five centuries after the Lord Buddha attained Nirvana, till it was finally enshrined in Bangkok at the Wat Phra Kaew temple. 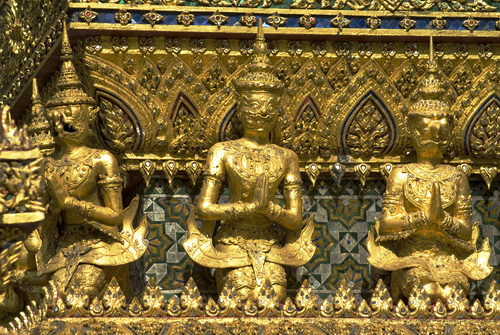 This marked the beginning and raise of the Chakri Dynasty of the present Kingdom of Thailand. The Emerald Buddha, a dark green statue, is in a standing form, about 66 centimetres tall, carved from a single jade stone. It is carved in the meditating posture in the style of the Lanna school of the northern Thailand.

The King changes the cloak around the statue three times a year, corresponding to the summer, winter, and rainy seasons, an important ritual performed to usher good fortune to the country during each season. It is located in the historic center of Bangkok, within the precincts of the Grand Palace. 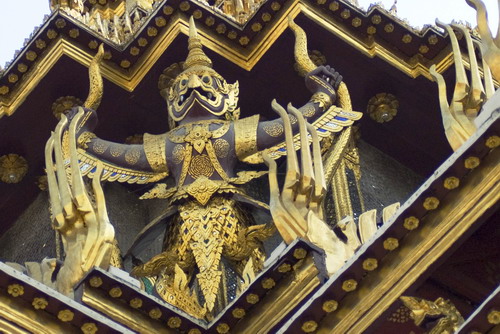 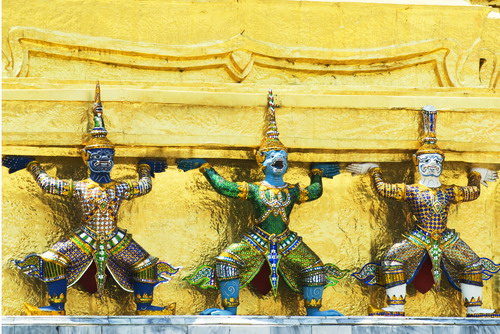 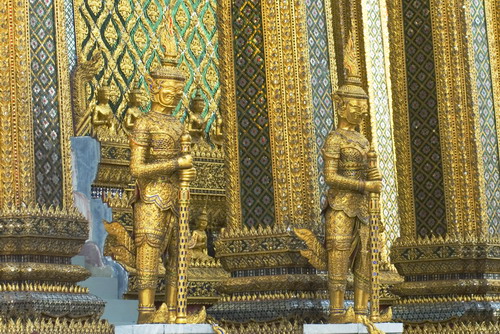 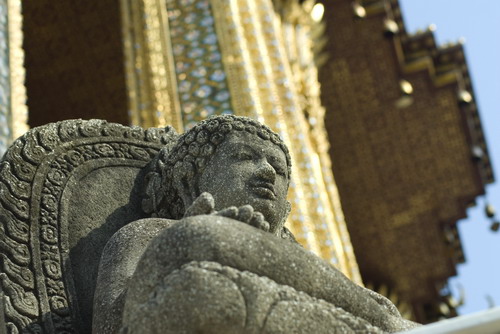 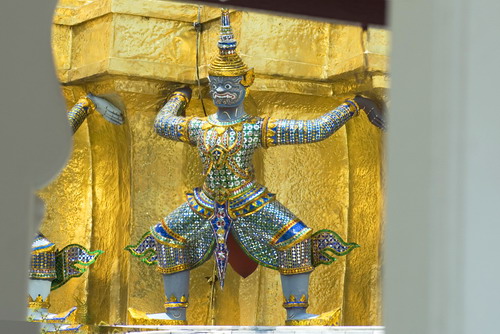 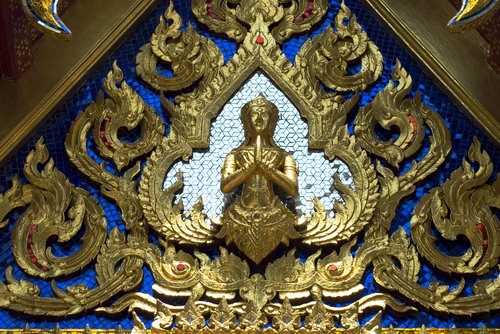 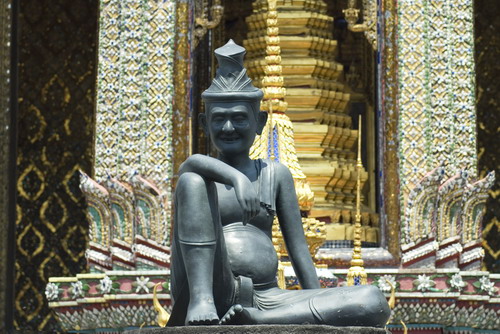 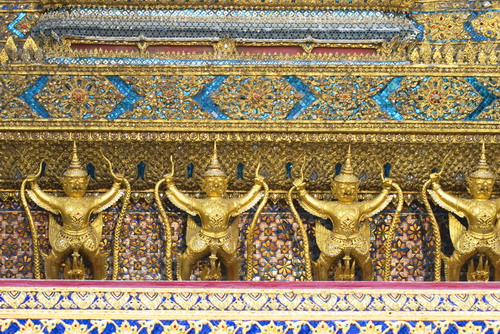 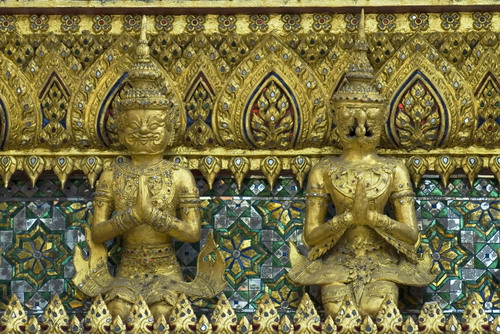 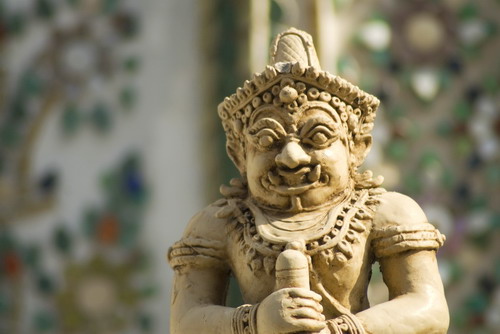 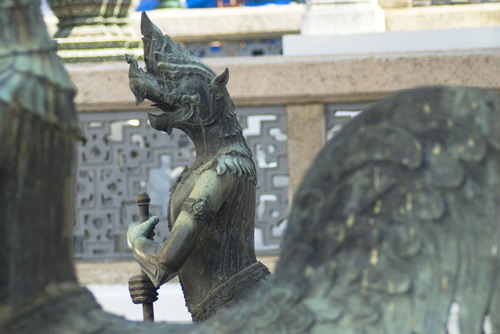